With the holidays being so near, I was asked during a casual conversation whether there were any differences in spending patterns throughout the year for Canadians. Great question I thought!

I pulled together some data that I had on hand, combined with some additional data from Statistics Canada. Let’s see what it looks like: 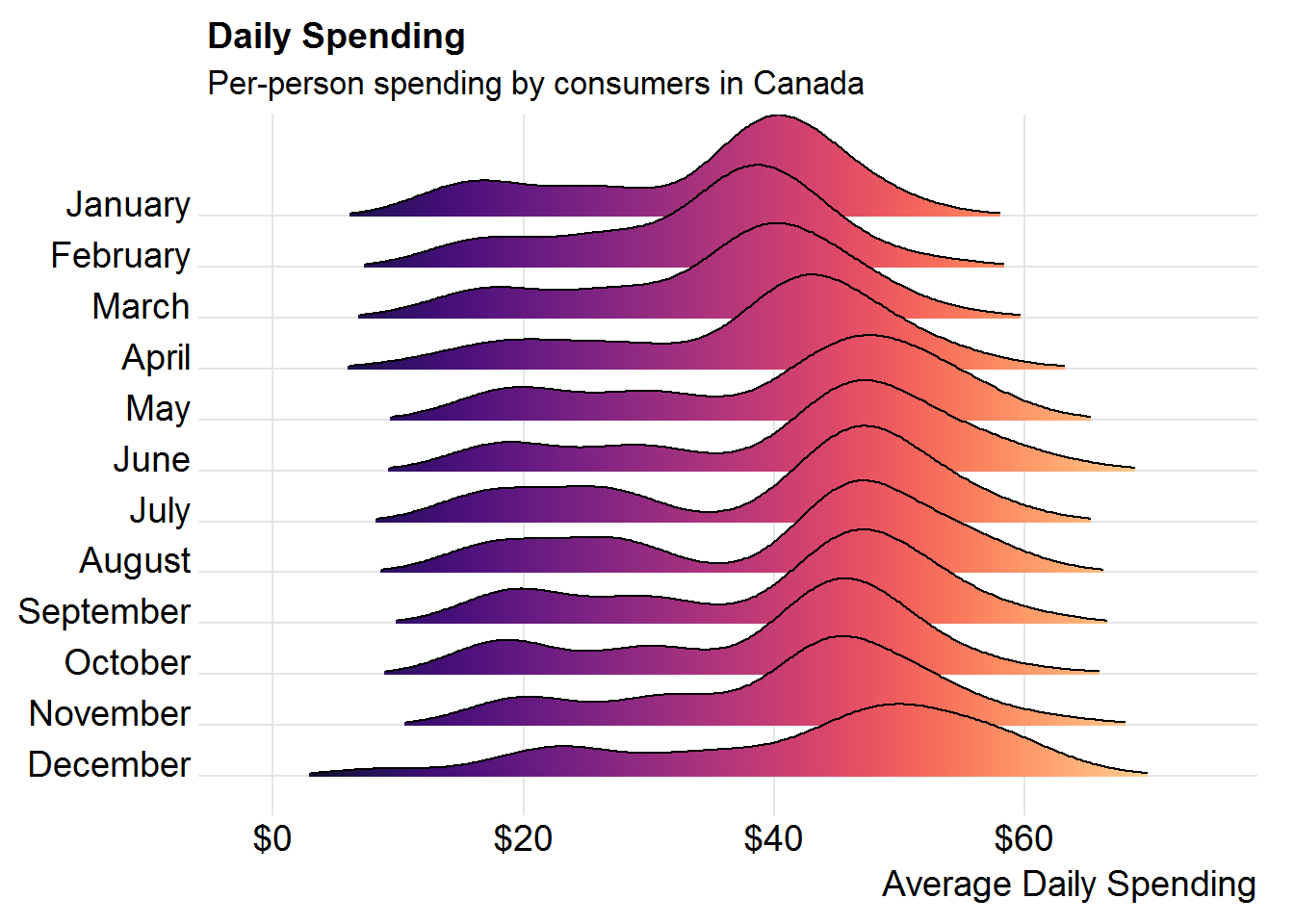 So it definitely looks like December has the highest daily spend amount. It also looks like most Canadians pull back on spending in the three months after Christmas, until about April, when spending increases once again. My guess is that this is probably to prepare for the coming spring/summer with vacations and new wardrobes, but to be honest your guess is as good as mine.

Since the average daily spend amount doesn’t increase until December, I’m going to assume that the increase is mostly due to Christmas shopping. This then begs the question… how close do most Canadians cut it when it comes Christmas shopping? 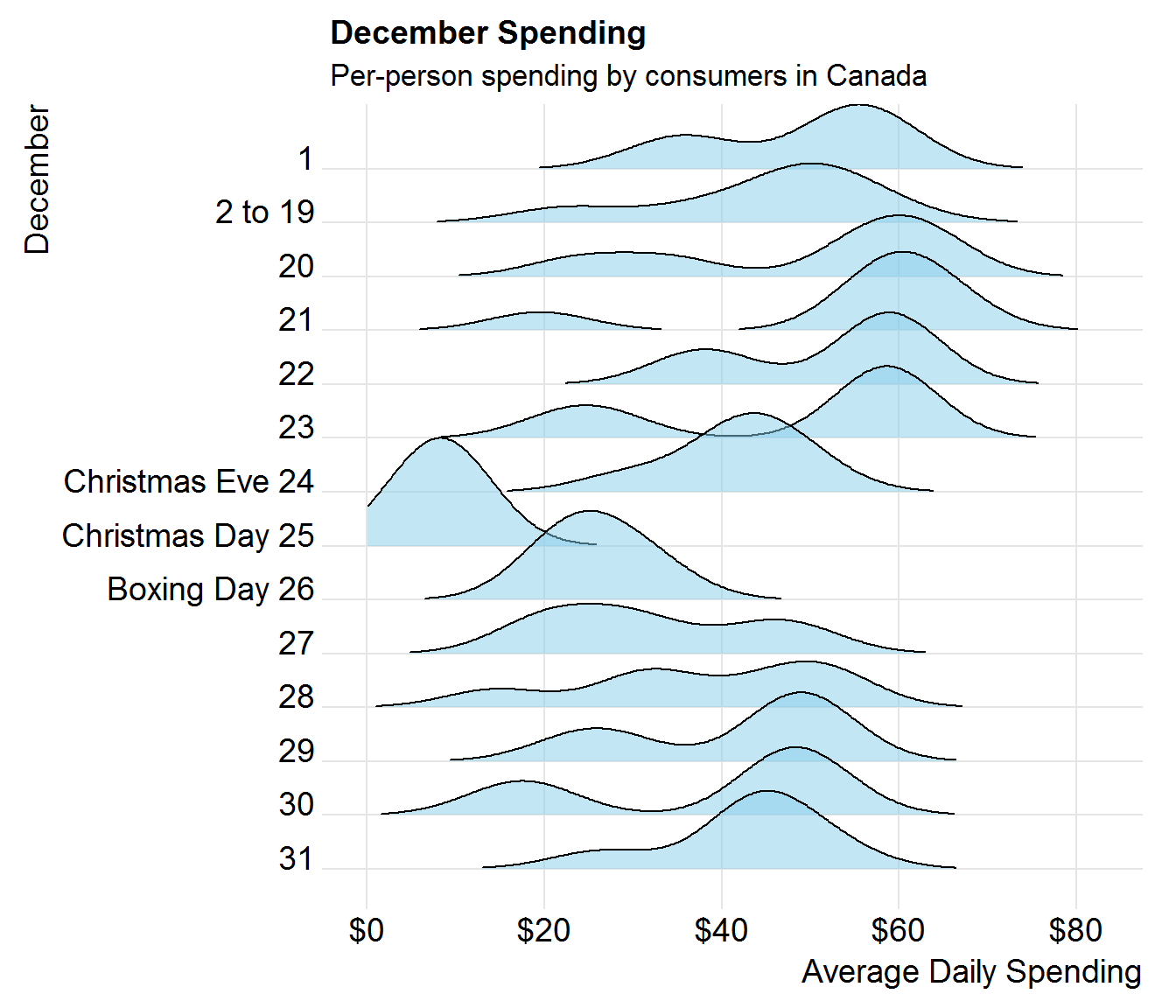 Looks like there are some early shoppers doing their shopping on the 1st of December, before returning to the same range of spending as seen in the prior months. Spending doesn’t appear to pick up again until the few days before Christmas. Interestingly, those who wait until 3 - 4 days before Christmas tend to spend more than those who bought their presents earlier in the month 😅.

In Canada, we have a discount shopping period immediately after Christmas Day called Boxing Day, although recently this has been extended to Boxing Week (and now Canadian stores are also doing Black Friday sales too). Due to this discount period, I thought spending in the week following Christmas would’ve been higher than normal, but it seems that’s not the case.

Interac (the payments network for debit cards) has just put out a press release forecasting that Dec. 22, 2017 will be the busiest shopping day of this season. (Press release).

Using the same methodology I used to translate total shopping amount to individual shopping amount, Interac is predicting that the average-per-person spend amount on Dec. 22 is approx. $64. This compares fairly well with my quick analysis 👍.

A look at teacher misconduct in Canada...