I have been using an AMD/ATI Radeon 7970 3GB GPU since it first came out in 2012 and for a number of reasons I have finally decided it was time for an upgrade! (One of the reasons is that TensorFlow is only in CUDA).

I’m going to miss this card. It’s held up very well over the years, and the Arctic Accelero cooler I put on top of it made the card whisper quiet in addition to cooling it better by about 20C! 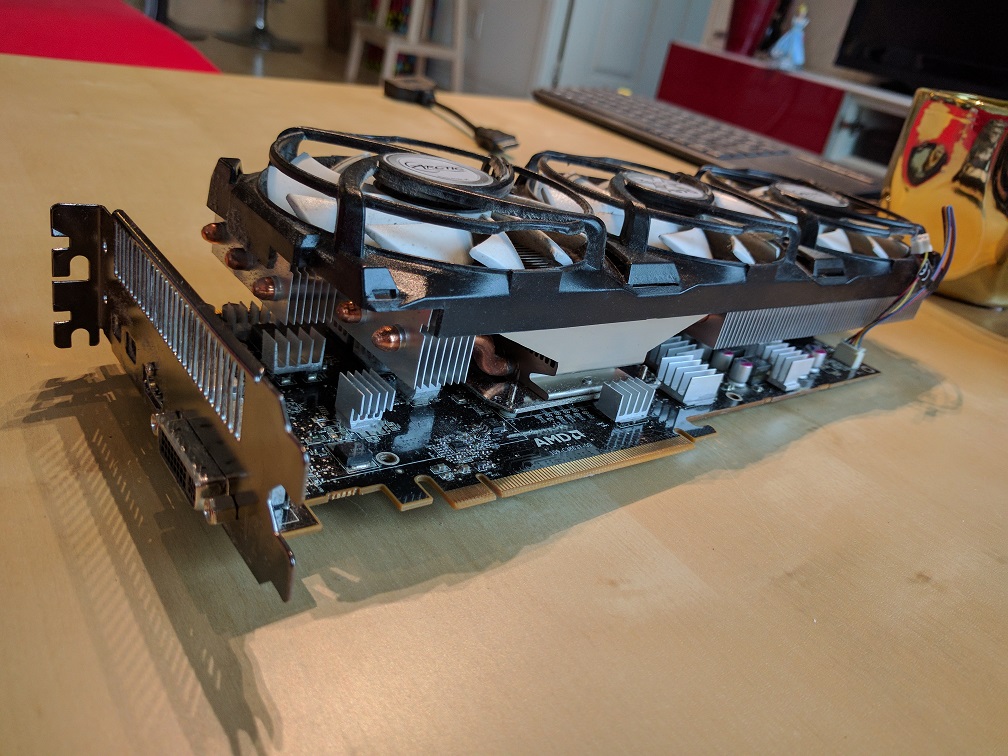 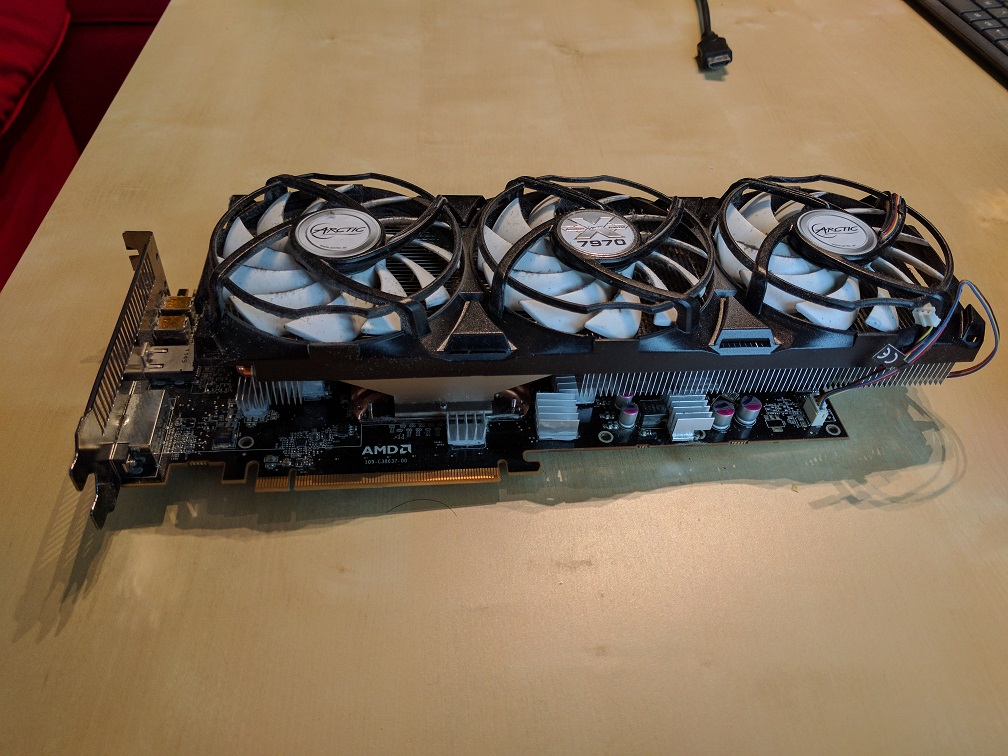 I got the TITAN V as the replacement to the 7970. Here’s some unboxing pics I took: 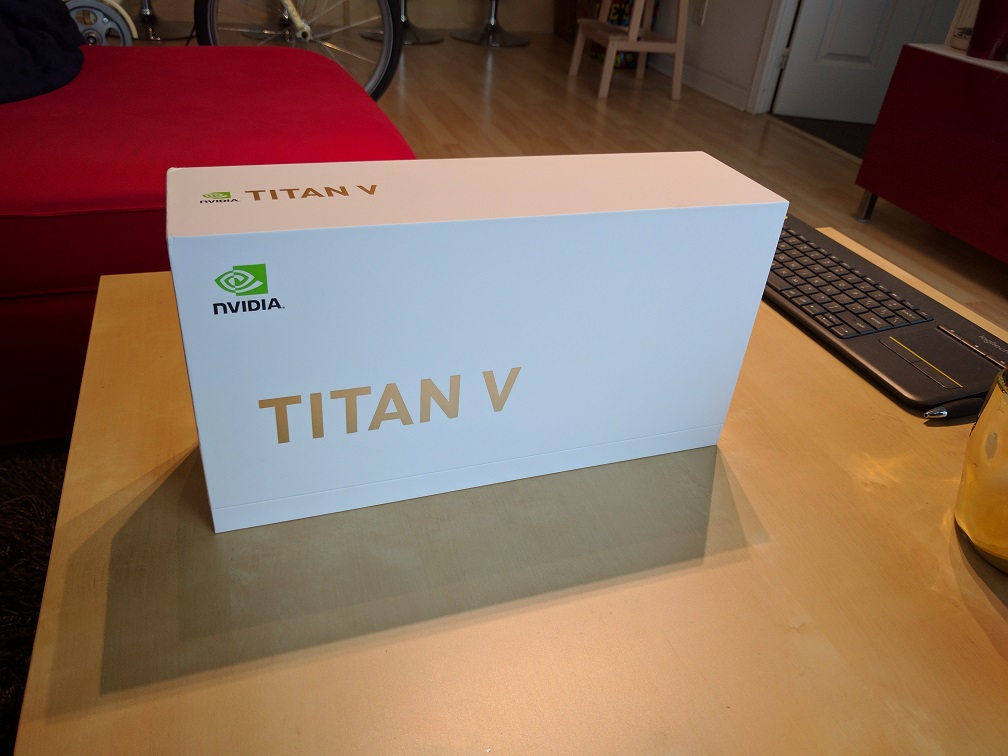 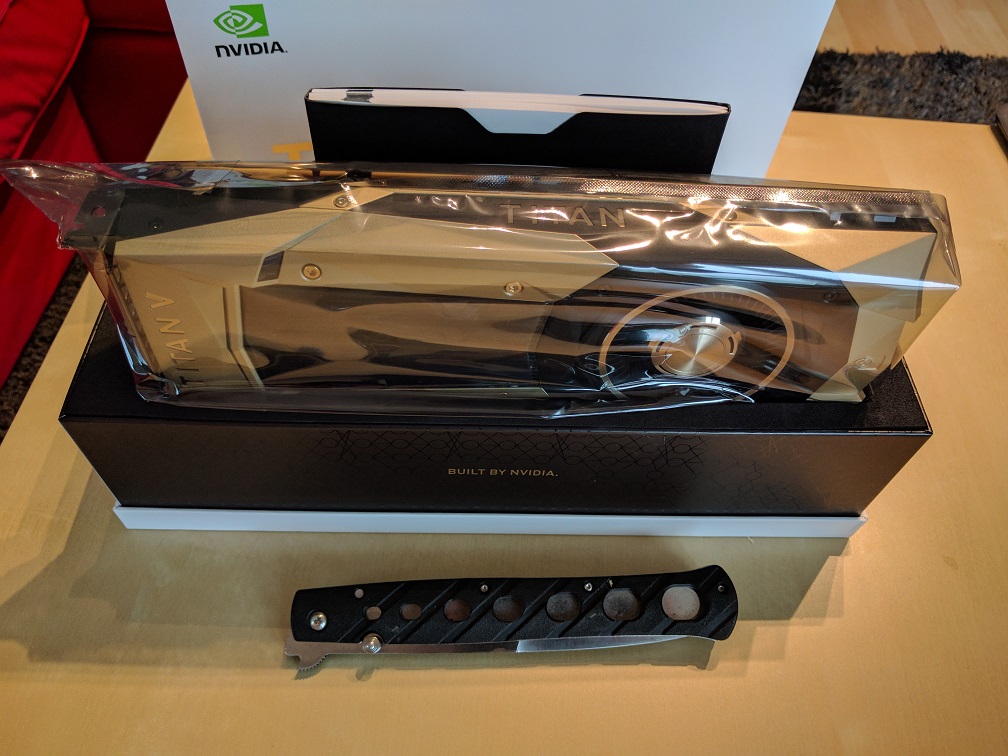 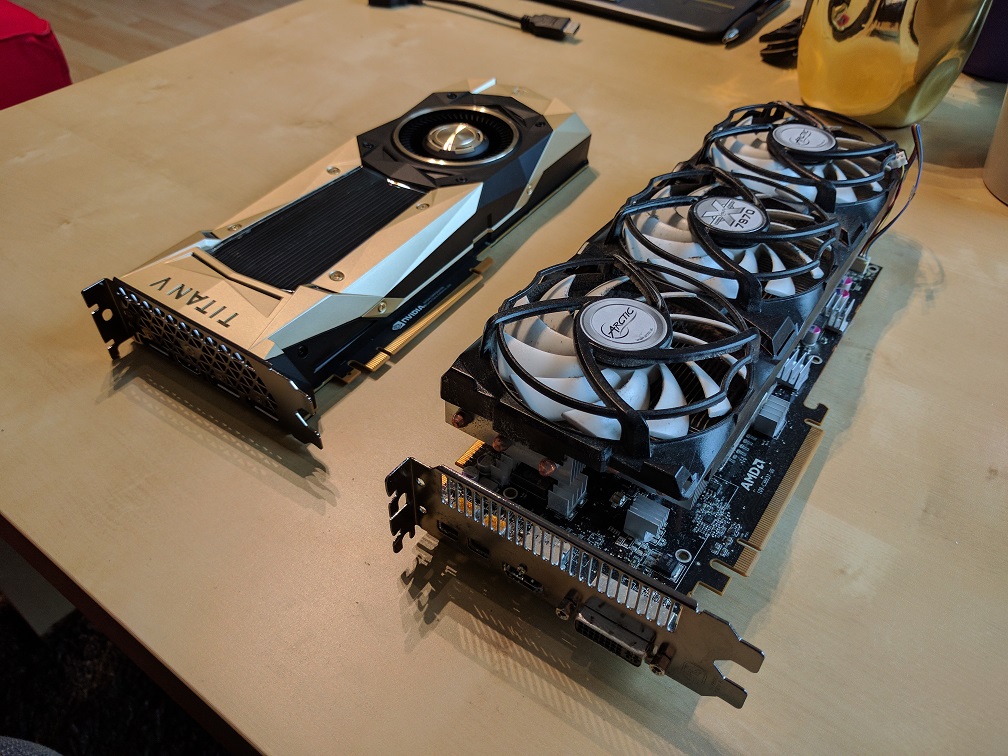 The TITAN V was released a few months ago and there are already several excellent reviews out about the card already. I highly recommend Anandtech.

This is a run against the IMDb sentiment classification task dataset, as found as an example on the Keras RStudio website.

The model itself consists of a convolutional network layer, followed by a LSTM layer and 1 epoch contains 25,000 samples for training.

It’s taking about 25s to complete 1 epoch on the Intel CPU.

It’s taking about 4s to complete 1 epoch on the TITAN V.

The first run on the TITAN V seems to be abnormally longer, at 14s, however each successive run after that completed in 4s. As seen in the graph above, the TITAN V absolutely crushes the Intel CPU whilst using the same batch size. Note, that the TITAN V is only using about 30% of its capacity. On average, the Intel CPU was 6.25x slower than the TITAN V.

Here, the TITAN V is again faster, but not by quite as much as the CNN/LSTM model. The Intel CPU is 1.9x slower.

Garlicoin is a new cryptocurrency and I’ve been mining it for fun on my 7970 GPU. I will also do some mining (or baking rather) on the TITAN V.

Superposition is a new-generation benchmark tailored for testing reliability and performance of the latest GPUs.

A look at teacher misconduct in Canada...